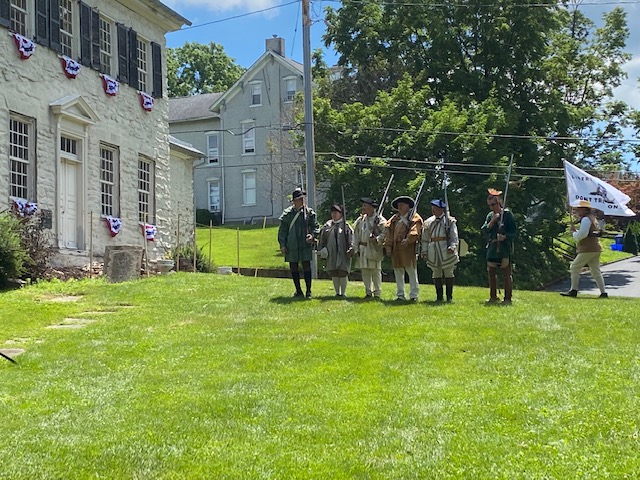 The sounds of drums and fifes echoed across the lawn as the British flag flew above an armed Redcoat. Robert Levers of Easton reads the Declaration of Independence to a crowd surrounding him from all sides. A group of Loyalists, upset at the declaration’s fiery language, scream “Treason!” and “God save the King!” before hurling pieces of bread at the speaker. Patriots round them up and let Levers continue. The British flag comes down and is thrown to the ground, replaced, to cheers, by a flag for the 13 colonies.

This scene played out before a crowd of onlookers in 2021, not 1776. But it was probably not far from the experience the very real Levers had as he read the Declaration in Easton on July 8, 1776.

This scene came alive at the George Taylor House in Catasauqua to a crowd of residents celebrating the Fourth of July. Taylor, an ironmaster at Durham Furnace, was one of 56 signers of the Declaration of Independence. Every year on July 4, a group of dedicated volunteers celebrates Taylor and the other colonial-era patriots who fought for independence from Great Britain. This year, the Bachmann Players, a group of historians and actors, recited several historical pieces, including an excerpt of Thomas Paine’s Common Sense, King George’s Proclamation Against Treason & Sedition, and, of course, the Declaration of Independence, recited by reenactor Christopher Black.

The detailed performance gave the crowd a very real look at all of the voices and opinions striving to be heard almost 250 years ago.

Following the performance, visitors could take a tour of the elegant home. Built in the late 1600s, Taylor bought the home in 1768, expanding it to the mansion it is today. The house contains an outdoor summer kitchen, a winter kitchen (currently undergoing an archeological dig and renovation), a living room, dining room, office, ladies room, four bedrooms, and even an indoor bathroom…a rarity in the 18th century. 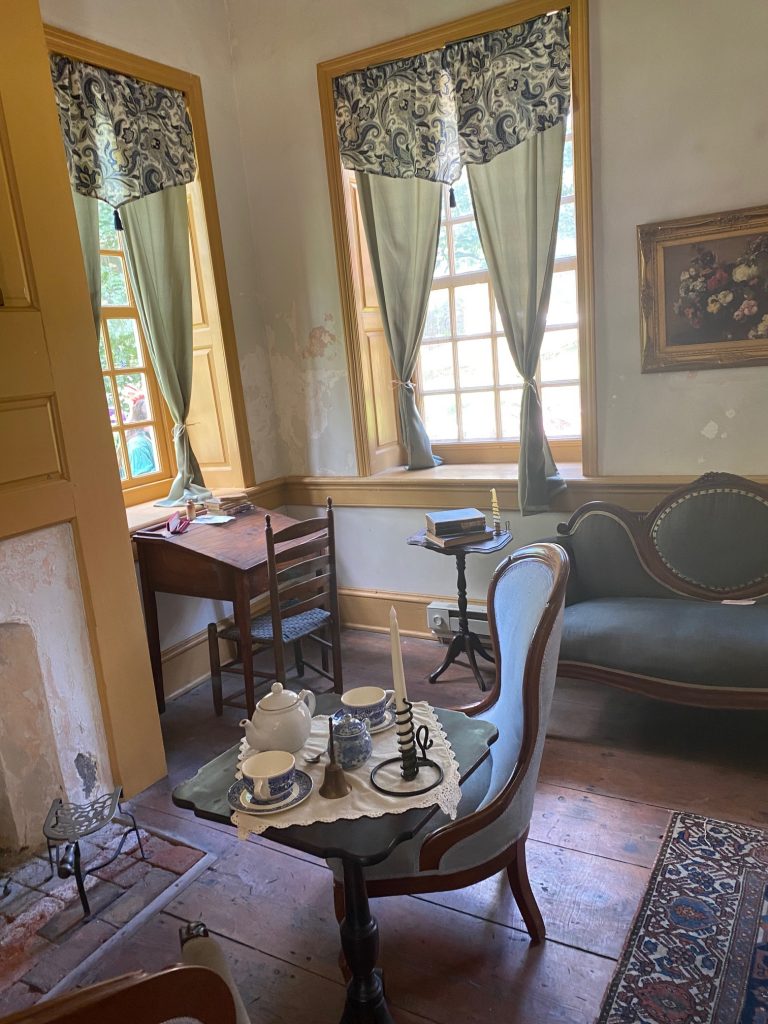 Melissa Taylor, events coordinator for the George Taylor House Association, says that Taylor used many of these rooms to display his wealth and power for guests. The dining room and living room feature detailed crown moldings, tall ceilings, and large fireplaces. The guest bedroom on the home’s second floor is larger than even Taylor’s and includes ample closet space that a homeowner today would even be jealous of.

Taking a tour of the home is like taking a step back in time. The volunteers painstakingly recreate what the home would have looked like during Taylor’s time. Every piece of furniture in the home is from the 18th and 19th centuries. Taylor says donations play a large role in helping the association acquire this furniture. The floors are the original hardwood floors that Taylor would have paced on 200 years ago, while the windows are the very same windows he would have looked out of to catch a glimpse of the Lehigh River across his lawn. Several renovations are underway, including a front porch and the hearth in the summer kitchen. The hearth is operational, so Melissa Taylor says she hopes the kitchen can one day open up for historical cooking demonstrations and perhaps even private dinners.

It is events like the July 4 celebration that raise awareness of the house and the man who once called it home. Future events include goat yoga in August, Harvest and Haunts on October 30, and Colonial Christmas on January 8.

Tours are also given from April through October on the first Saturday of the month, from 9 a.m. to 1 p.m., and the third Sunday of the month from noon to 4 p.m.. The association is also looking for volunteers to help keep the home and its history alive. To learn more, visit georgetaylorhouseassociation.org.