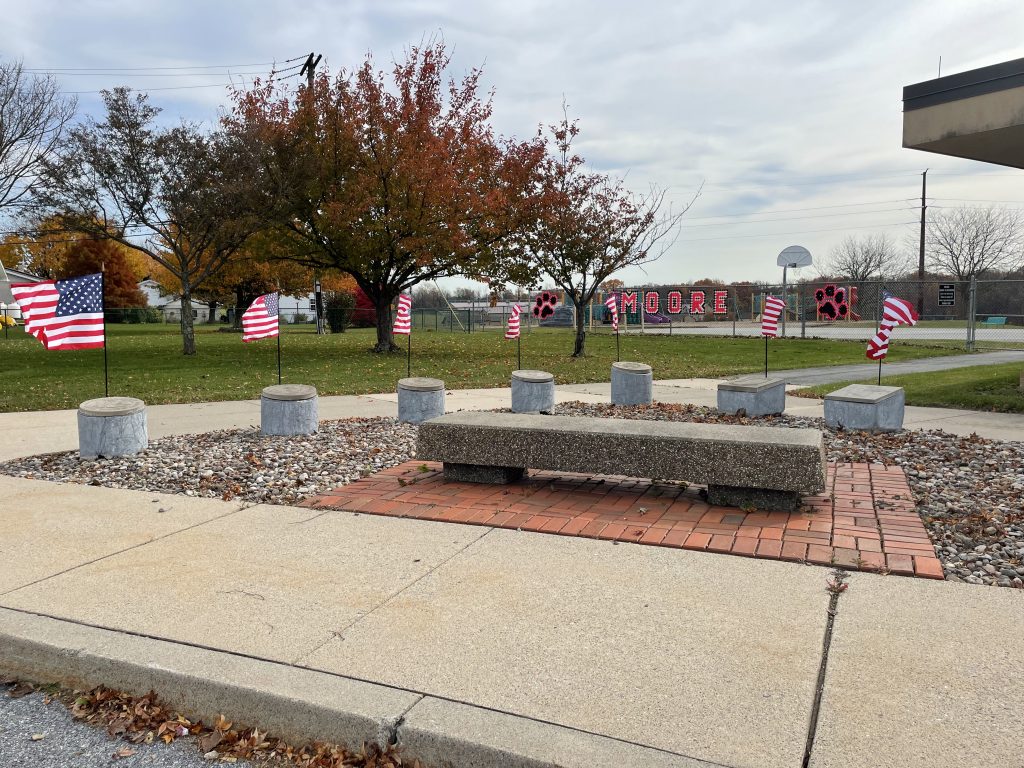 Moore Elementary held their Veterans Day program on Nov. 11 despite a smaller turnout than normal due to COVID-19. Elementary school math teacher Katy Dremock started the event years ago due to the countless veterans in her family.

Veterans were treated to breakfast courtesy of Amarak, and were given a Moore Elementary hat featuring “Proud Veteran” on the back. Then, the day started at 8:45 a.m. with veterans greeting students as they entered the building.

Sing for America, an organization whose “initial and continued mission is to raise money for our local hero’s family serving in the Nation’s Military,” performed at the opening ceremony after the Palmerton American Legion presented the flags of the United States and each military branch.

Throughout the day, students moved through various classrooms where veterans discussed their experiences in the military, showed pictures and videos, and answered questions.

Pennsylvania State Representative Zach Mako was one of at least 15 presenters.

Mako joined the PA National Guard in 2008, and was deployed to Afghanistan in December 2012 as a Chinook helicopter pilot for nine months supporting Operation Enduring Freedom. In 2019, he was deployed to the Middle East again to serve as part of Operation Freedom’s Sentinel.

Rep. Mako showed pictures of Afghanistan from up in the helicopter and a video showing their line of sight using night vision, a point of interest for many children.

Post 470 Commander Brian Radcliffe, one of Dremock’s nephews, served as a Hospital Corpsman/Field Medical Tech in the Navy from 1990 to 2011. He had a slideshow of pictures, and some of his uniforms on display for students to observe.

Other veterans that presented include Marine Corps AmTrac driver Chris Licini, Tim and Rick Hageman, who served as a Navy Cook and in the aviation/ weapons departments, respectively, and Air Force medic David Dimmick.

The end of the day featured a parade to the flagpole memorial complete with taps and the lowering of the flag.