John D. Barlip, 62, of Moore Township, passed away peacefully at home surrounded by love and family on Wednesday, June 15, 2022.  He was the husband of Diane (Rushatz) Barlip.  The couple would have celebrated their 22nd wedding anniversary on August 26.  Born in Allentown, he was a son of the late Dale Stover and Janet (Lawler) McGovern, and stepson of the late John “Jack” and Shireen McGovern.  John was a truck driver for more than 40 years, and he was the owner of JoDi Trucking Inc., Moore Township.  He was last employed at Interstate Landscaping Inc. in Moore Township.  Known to have a good appetite for great food, John loved to cook and he enjoyed history and reading, in his spare time.

Survivors: In addition to his loving wife, Diane, he is survived by sons, Ron Schrei and wife, Melanie, of Arroyo Grande, California, and Chris Barlip of Moore Township; daughter, Robyn Fenon and her husband, Jay, of Moore Township; grandchildren, Damon, Alyssa, Stephen, Emma, Madison, and Itzel; brothers, Michael McGovern of New York, and Thomas McGovern of Quakertown; sisters, Renee Strunk and husband, Kevin, of Bangor, and Tanya Reenock of Tennessee; mother-in-law, Evelyn (Schleicher) Rushatz of Allentown; along with many nieces and nephews.  John was predeceased by a sister, Jacqueline McGovern.

Services: A Celebration of Life will be held privately and at the convenience of the family.  Arrangements have been entrusted to the George G. Bensing Funeral Home, LLC, in the Village of Moorestown – Bath.

Contributions: In lieu of flowers, memorial contributions may be offered to The Children’s Home of Easton, 2000 S. 25th Street, Easton, PA 18042. 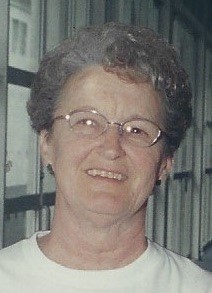 Esther E. Coyle, 88, of Moore Township, passed away peacefully while surrounded by her loving family on Monday, June 13, 2022, at the Inpatient Hospice of Lehigh Valley Hospital in Allentown.  She was the wife of Ronald B. Coyle.  The couple would have celebrated their 69th wedding anniversary on October 10.  Born in Slatington, she was a daughter of the late Raymond and Theresa (Matula) Berger.  She attended Nazareth High School.  A devoted homemaker, she cherished the role of wife, mother and grandmother.  Esther enjoyed the simple things in life; she was a voracious reader and loved needlework, puzzles and nature.  One of her favorite pastimes was to sit by the lake and enjoy a nice glass of wine and a good book.  Esther was a member of Sacred Heart of Jesus Catholic Church, Bath.

Survivors: In addition to her loving husband, Ronald, she will be dearly missed by her children, Beverly Ondush and husband, Andrew, of Catasauqua, Annette Ackerknecht of Allen Township, and Keith Coyle and wife, Tammy, of East Penn Township; grandchildren, Sherry, Drew, and Betsy; great-grandchildren, Corey, Hayden, Caine, and Emma; a great-great-grandson, Eirik; a brother, Harold Berger and wife, Diane, of Bath; sisters, Jean Einfalt of Stockertown, Diane Hammer and husband, Louis, of Nazareth, and Judy Sterner and husband, Barry, of Bath; along with many nieces and nephews.  Esther was predeceased by a brother, Richard P. Berger, Sr.; and a sister, Lorraine A. Grube.

Services: Her Memorial Mass of Christian Burial was celebrated on Monday, June 20, 2022, at 10:30 a.m. in Sacred Heart of Jesus Catholic Church, 210 E. Northampton Street, Bath, PA 18014.  There were no calling hours.  Interment followed in Fairview Cemetery, Moorestown.  Arrangements are under the care and direction of the George G. Bensing Funeral Home, LLC, in the Village of Moorestown – Bath.

Robert Jasniewicz, 76, of Moore Township, formerly of the Pocono area and Browns Mills, NJ, passed away quietly on Wednesday, June 15, 2022, at ProMedica Skilled Nursing & Rehabilitation in Bethlehem Township.  He was the husband of Jane L. (Hartman) Jasniewicz.  The couple celebrated 46 years of marriage in February.  Born in Somerville, NJ, he was a son of the late John Jasniewicz and Elizabeth (Giraldi) Douglas.  For more than 30 years, Bob was a carpenter and a member of the United Brotherhood of Carpenters and Joiners of America Union Local 254, Edison, NJ.  He was also a very skilled craftsman who enjoyed woodworking and building furniture.  Bob was also known for his love of dogs.

Survivors: In addition to his loving wife, Jane, he is survived by a daughter, Jami Cox of New Jersey; a stepdaughter, Arlene Delorenzo of North Carolina; two grandchildren, Avery and Gavin; twin brothers, Joseph Jasniewicz of Nazareth, and Paul Jasniewicz and wife, Deborah, of Forks Township; a sister, Betty Ann; along with nieces and nephews.  Bob was predeceased by a brother, William Jasniewicz, in 2021.

Services: Private and at the convenience of the family.  Arrangements have been entrusted to the George G. Bensing Funeral Home, LLC, in the Village of Moorestown – Bath.